Here you can set additional settings 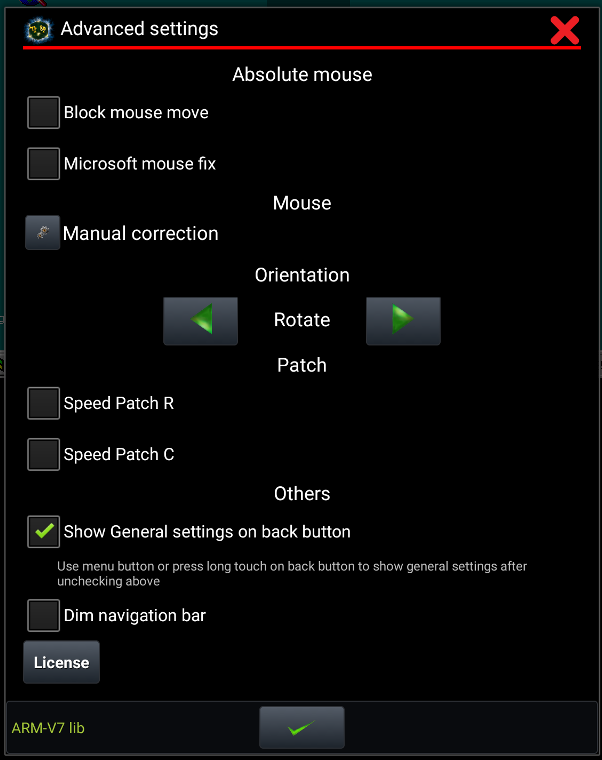 This allows you to fix absolute mouse for many games. Or repair absolute touch to better precision. Games have mouse video resolution (not to be confused with video resolution). This defines the border where the mouse can move. Let’s show an example.

The game Might and Magic 3 : Isles of Terra uses video mode 13 and video resolution 320×200. Dosbox sets mouse resolution to 640×200(Default mouse video resolution on image below). MM3 calls INT33 functions 7 and 8 which overwrite the horizontal and vertical border to 309×186. You won’t notice any problems with a relative or physical mouse. But the absolute mouse is more sensitive and you’ll  notice that the cursor is not exactly at the same place where you touch the screen. The good news is that you can fix it. Just set the width to 320 and height to 200. Enable it and confirm. The touch feedback should be more accurate now.

You can see some absolute fixes here : 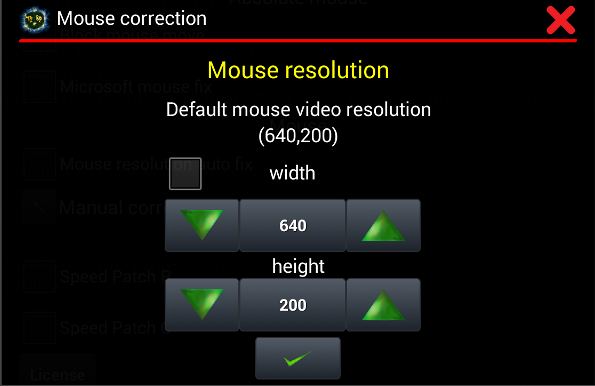 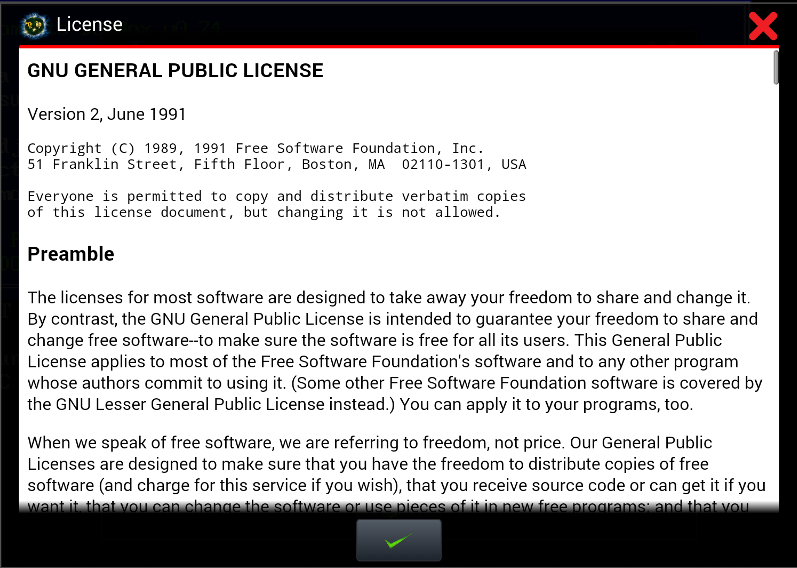